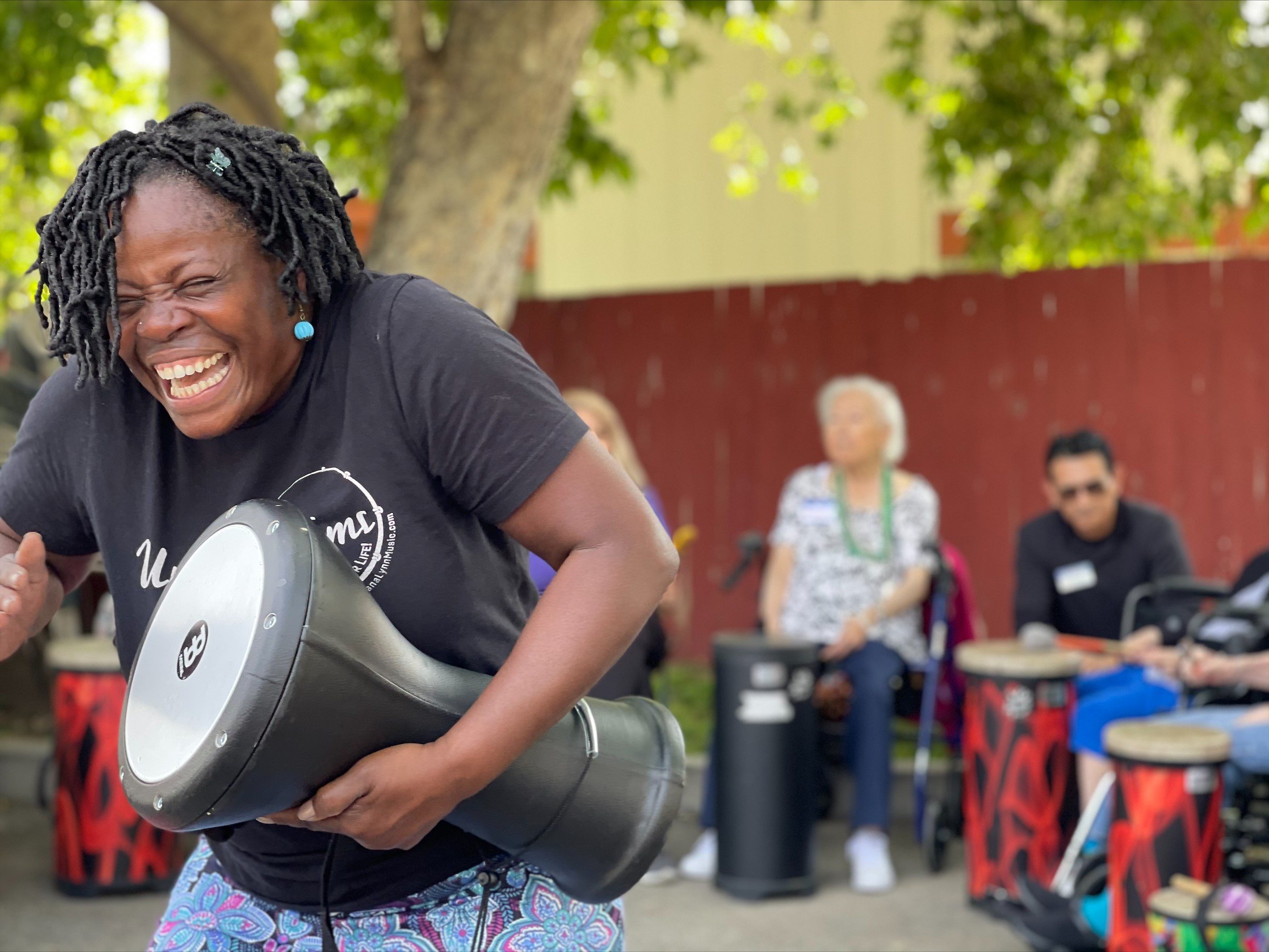 The Health Benefits of Beating Your Own Drum

Drums have been used in every culture for many purposes from religious rituals and other ceremonies, to sporting events, and as a way to communicate or signal. Shamans used drumming as a means of reaching an altered or trance-like state so that they can connect with the spirit dimension.  Drumming has also been used therapeutically since ancient times.

Your Brain on Drums

Drumming is a great workout for your brain and actually can make you smarter because when you drum you access your entire brain. Research shows that the physical transmission of rhythmic energy to the brain actually synchronizes the left and right hemispheres. So, when the logical left hemisphere and the intuitive right hemisphere of your brain begin to pulsate together, your inner guidance system – or intuition – becomes stronger.

And listening to drum sounds regularly can have the same effect as drumming itself.

The sound of drumming generates new neuronal connections in all parts of the brain. The more connections that can be made within the brain, the more integrated our experiences become.  This leads to a deeper sense of self-awareness.

Drumming also appears to synchronize the lower areas of the brain (non-verbal) with the frontal cortex (language and reasoning). This integration produces feelings of insight and certainty.

For these reasons therapeutic drumming may be a powerful tool in helping retrain the brains of people who have some level of damage or impairment, such as with Attention Deficit Disorder (ADD), after a stroke, or where there is neurological disease such as Parkinson’s.

Finally, drumming can induce a natural “high” by increasing Alpha brain waves.  When the brain changes from Beta waves (concentration) to Alpha waves, you feel calm and relaxed.

As such, Alpha waves can also produce feelings of well-being and even euphoria, which may help people who suffer from mental illness, such as depression and anxiety.

This same Alpha activity is associated with meditation and other integrative modes of consciousness.

Drumming can have positive effects on your health and may help with many conditions from stress, fatigue, and anxiety, to hypertension, asthma, chronic pain, arthritis, mental illness, addiction, and even cancer.

Here’s why drumming is good for you:

by by Christiane Northrup, M.D.